An independent jury, composed of top-class experts from politics, business, research and society and chaired by Prof. Dr.-Ing. Reimund Neugebauer, President of the Fraunhofer-Gesellschaft, nominated three companies from a field of numerous entries for the HERMES AWARD: In alphabetical order, they are Bosch Rexroth, Harting and Sumitomo Cyclo Drive Germany. The winner will be announced at the opening ceremony of HANNOVER MESSE on 29 May in the presence of German Chancellor Olaf Scholz.

Every year, Deutsche Messe presents the HERMES AWARD , the leading international industry prize, to a company whose product or solution demonstrates a particularly high degree of technological innovation. Only those technology solutions which have already been proven in industrial practice are considered. «We are delighted to finally be back at HANNOVER MESSE after a break due to the pandemic, and to be able to present a wide variety of innovations and solutions to the international industrial community. Three outstanding products have now been nominated for the HERMES AWARD,» declared Dr. Jochen Köckler, Chairman of the Managing Board of Deutsche Messe.

Commenting on the selection of this year’s nominees, Jury Chairman and President of the Fraunhofer-Gesellschaft, Prof. Neugebauer, explained: «The HERMES AWARD is one of the world’s key technology prizes in the international industrial landscape. Once again this year, the quality of submissions, with their application-specific, efficient and user-oriented solution approaches, was impressive. The task of the jury, composed of top-class international industry and technology experts, was correspondingly challenging. I am convinced and pleased that we were able to nominate three solutions that are excellent examples of innovative strength in their fields.»

Bosch Rexroth, Lohr am Main, Germany: The first of the three nominated projects, ctrlX CORE, represents a flexible and compact, modular, app-based control platform based on the real-time operating system Linux; it is freely configurable. This product facilitates the automation of industrial processes, as the use of standards and web-based engineering throughout makes proprietary software installations superfluous, thus reducing the entry barrier to PLC programming. Further advantages stem from the integration of third-party apps and the option to integrate AI.

Harting, Espelkamp, Germany: This nomination went to the Han-Modular Domino Module industrial connector, a further development of the existing standard, consisting of two modules which can be flexibly assembled via interlocking. The connector system transmits power, signals, data or compressed air. This means that, for the first time, electrical and pneumatic systems can be transmitted in a single module, thus significantly reducing the required plug connections, installation space and weight. Further savings are achieved through shorter assembly times.

Sumitomo Cyclo Drive Germany, Markt Indersdorf, Germany: The third nominated product, TUAKA, is a completely integrated drive for robot applications and automation technology. New features include the gearbox, the motor and the driver with safety functions. Thanks to the product’s sensor technology and thermal management, it is suitable for high-precision, sensitive applications in service robotics as well as for interaction with humans. The modular concept and modular systems enable an application-specific configuration of the required hardware. 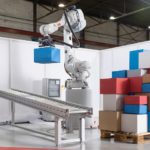 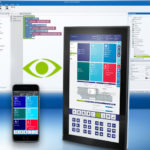