Schneider Electric has equipped the 30mm plastic pushbuttons in its Harmony series with an antimicrobial surface. The raw material of the command devices, which are primarily used in industry, now also contains silver ions, which prevent the growth and spread of bacteria or viruses on the button cap. This not only prevents the development of discolouration, stains, odours, damage or corrosion, but also effectively reduces the risk of infection with potential pathogens. As various studies commissioned by Schneider Electric have shown, the rate at which the coronavirus multiplies on the button surface can be slowed down by 95 percent after just 15 minutes – after two hours it was 99.9 percent.

Classic command and signaling devices are needed in practically every industrial workshop. In most cases, these have to be touched by countless people every day and are therefore particularly susceptible to the accumulation of microorganisms. Thorough hygiene measures are therefore indispensable for the health of the staff, but also to avoid possible contamination in the production process. Although an antimicrobial button surface cannot replace conventional cleaning processes, it does help to raise the hygiene quality to a significantly higher level without much additional effort. For this purpose, the added silver ions disrupt the metabolism of the microorganisms (also called microbes) and thus limit their proliferation significantly. bacteria, fungi,

Tech group Schneider Electric has switched the production of its 30mm plastic buttons, illuminated emergency stop switches and adhesive labeling fields to the antimicrobial versions with immediate effect. In terms of appearance and functionality, the new models are identical to the previous versions and are still available under the usual order reference. The antimicrobial additive cannot be washed off and thus guarantees long-lasting protection.

Tailored to almost all applications in industrial and commercial real estate, Schneider Electric has developed a complete range of command and signaling devices. This includes, among other things, hard-wired or wirelessly installable pushbuttons, emergency stop and selector switches, indicator lights and joystick controllers. The plastic pushbuttons with a diameter of 30mm are now equipped with an antimicrobial surface, as are the labeling fields and illuminated emergency stop switch. 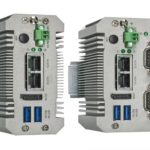 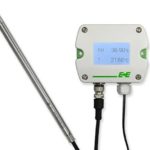