With the traditional art of brewing, Schneider Weisse G. Schneider & Sohn GmbH has secured a dominant position on the international market. Its recipe for success: the in-part centuries-old brewing methods used by the medium-sized wheat beer brewery are being augmented in all areas by state-of-the-art automation solutions. In the field of logistics, a flexible packing system employing three Yaskawa Motoman robots has now been implemented by packing system specialist Profipack Verpackungsmaschinen GmbH.

Schneider Weisse G. Schneider & Sohn GmbH (founded in 1872), with company headquarters in Munich and a brewery in Kelheim, has been making “craft beer” for many years now, since even before this buzzword even existed. And still today, its top-fermented beer specialties are fermented in open vats, from which the master brewers carefully skim off the yeast on a daily basis and, according to tradition, by hand. The young beer likewise reaches its final maturity in the traditional way in the bottle or barrel, instead of closed steel tanks.

The convincing taste of the final product is apt justification for the complex technical processes for production and bottling. “We are constantly hovering at the interface between magic and high-tech,” Josef Lechner, Chief Brewer at Schneider Weisse, describes the situation. As Technical Manager of the Kelheim Brewery, Lechner is responsible for both, i.e. not only for the “magic” of brewing, but also for the required equipment. That also means installing a system that corresponds to the state of the art.

Export as a “trigger” for a new packing line

In October 2021, Josef Lechner and his colleagues commissioned a new packing line. After twenty years of service the previous system – only partly automated – had become obsolete and was to be replaced. Instead of a pure reinvestment, the decision-makers at Schneider Weisse used this opportunity to implement a completely new system configuration. In the last few years there have been changes not only in technical feasibility, but also in the basic parameters in the brewing industry.

“The expansion of our export business was undoubtedly the ‘trigger’ for introducing the system as it is today,” recalls Chief Brewer Lechner. The main differences compared to domestic business are small batches with country-specific labels and diverse types of cask, as opposed to the returnable crate that is still prevalent in Germany. And the retail sector is increasingly calling for smaller casks. “Overall, the beer market has become fast-paced,” the industry expert summarizes and adds: “In other words: we must also react faster.” The central requirement in the planning of the new system was therefore the highest level of flexibility – both in ongoing operations and with a view to future expansion.

The ideal solution for this operation was developed by Schneider Weisse in cooperation with Profipack Verpackungsmaschinen GmbH. The company from Schwoich near Kufstein, founded in 1998, specializes in packing, palletizing, unloading and conveying technology (i.e. the entire “dry part”) as well as intralogistics systems – not only for all areas of the food & beverage industry. “This outside view was very useful to us as a brewery in search of new ways,” Josef Lechner praises the competence of the Tiroleans.

Peter Niederacher, Technical Director and General Manager at Profipack, remembers the first version of the system design he drew up: “The layout received a positive response, as the system was very well organized, space-saving and yet perfectly accessible.” One of Profipack’s strengths is the design of systems according to the golden rule: “As little as possible, as much as necessary”.

About 95% of the packing line was implemented according to this first draft. It incorporates industrial robots – hitherto unchartered territory for Schneider Weisse’s Kelheim brewing facility. These provide the required flexibility with minimum fragmentation in a confined space. Niederacher describes the system concept as follows: “We have combined the unloader and unpacker in one robot cell. This saves us a large amount of space and minimizes the handling equipment. The operating personnel also has optimum access to the unit and benefits from short distances.”

The new packing line operates independently of the main bottling plant. Fork-lift trucks deliver the unlabelled bottles in crates from the intermediate storage and collect the loaded pallets. Between the two are a whole series of automatically executed operations in which the central tasks are performed by three robots. The first robot unloads the product, in the same step removing the bottles from the crates and putting them aside. The system fills the repacked bottles into crates or boxes. Depending on the application, the empty crates are conveyed to the packer or restacked empty on a pallet, and the bottles continue to the labelling machine. Following labelling, the second robot packs the bottles in either boxes or crates. The system also closes and labels the boxes. Finally, the third robot places the filled boxes or crates onto various types of pallets, ready for shipping.

The three robots are models from Yaskawa’s Motoman GP series. For Niederacher and his colleagues the decision in favour of Yaskawa was clear from the beginning. He explains this decision: “Profipack has been using Motoman robots since 2004 and we are convinced of their technical quality, as well as the good working relationship and support.”

Three Motoman GP180 robots operate in the system, each with a payload of 180 kg. “GP” stands for “general purpose” and means that they are suitable for a variety of applications. The 6-axis robots conform to the high protection class IP67 and are thus especially resistant to the penetration of liquids and dust. They can be employed under harsh working conditions and are easy to clean.

Each of the three robots is controlled by a YRC1000 high-performance controller that is integrated into the system with a superior S7-1500 PLC via Profinet. One robot is equipped with a combined bottle and box gripper for loading and unloading bottles. The second robot cell uses bottle grippers for the respective formats, and can be extended to include a basket and cluster gripper. The third robot uses a palletizing head for boxes and crates. The entire system format can be converted to either 0.33 (LN) or 0.5-litre bottles (NRW and EURO) in less than 15 minutes. An automatic tool changing system is used for the robot grippers. 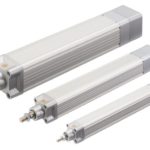 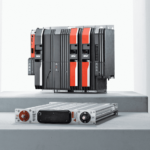 The perfect frozen cut for meat and fish processing