Sales of industrial robots have reached a strong recovery: A new record of 486,800 units were shipped globally – an increase of 27% compared to the previous year. Asia/Australia saw the largest growth in demand: installations were up 33% reaching 354,500 units. The Americas increased by 27% with 49,400 units sold. Europe saw double digit growth of 15% with 78,000 units installed. These preliminary results for 2021 have been published by the International Federation of Robotics.

“Robot installations around the world recovered strongly and make 2021 the most successful year ever for the robotics industry,” says Milton Guerry, President of the International Federation of Robotics (IFR). “Due to the ongoing trend towards automation and continued technological innovation, demand reached high levels across industries. In 2021, even the pre-pandemic record of 422,000 installations per year in 2018 was exceeded.”

In the Americas, the number of industrial robot installations reached the second-best result ever, only surpassed by the record year 2018 (55,200 installations). The largest American market, the United States, shipped 33,800 units – this represents a market share of 68%. 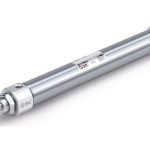 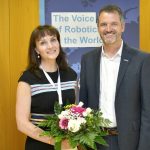