he large machine builders have their own platforms, have resources in software development, and are making the first digital services available to their industrial customers. But how do small or medium-sized machine builders manage this? The developers at Lenze focus precisely on this target group with their platform idea.

Timo Schuler is a software engineer and has been working for a smaller special machine manufacturer for a good two years. He has docked his «digital topics» with the three colleagues from the company’s customer service department. «That’s where it still fits in best,» Schuler laughs. But his team is just him. «Colleagues provide support here and there on a day-to-day basis, but actually, the topics of digital business models and product development hang entirely with me. The focus of our work is still on hardware.» For the past six months, Schuler has been setting out to offer his users additional digital services for «his» machine. «My colleagues in customer service definitely see the opportunities there, but the day-to-day business slows them down and I can’t fulfill all their wishes.»

Klaas Nebuhr is responsible for the digital portfolio of the Hamelin-based automation specialist. Can he support the company in fulfilling its wishes? «It’s great that the owner found a software engineer and hired him immediately. For a small mechanical engineering company, that’s like winning the lottery,» says Nebuhr happily. For him, Schuler is the prime example of the challenge faced by many small and medium-sized machine builders. «It’s not a lack of ideas, but a lack of experts, processes, and solutions that make economic sense for the OEM and are easy to adapt.»

That’s because the many small and medium-sized machine builders often don’t find themselves in the large ecosystems and on the platforms of the automation giants, according to Nebuhr’s team. An idea was born: «For many, the machine is at the center of the business model, so we want to support the core business processes around the machine with digital business models and services. For this, we offer OEMs an asset ‘Platform as a Serviceʻ (PaaS).»

Another platform? «Yes, but one that is open for extensions, customizations, and integration. And, of course, GDPR compliant,» Nebuhr promises. With his PaaS offering running on Azure, he sees himself as an enabler for SMEs. Lenze supplies both the components, and the security, infrastructure, and initial applications from partner companies as well. The customers can customize these applications for their machine buyers with their own functions and rebranded designs. «Afterwards, he can then pass them on to his customer turnkey and improve them together with the user in the next step.» Lenze takes the first step toward digital services with the customer, he says. «We take him by the hand because we know what could make sense for him and his customers thanks to our asset management. We sit directly in the machine with our components and know the applications very well.»

Nebuhr goes into raptures: «It’s about the overall packet – analogous to Formula 1. The best driver is not enough if the car or the pit crew don’t fit together. The OEE (Overall Equipment Effectiveness), for example, can also be worked out by competitors; it’s more about developing digital products for small and medium-sized machine builders.»

But Schuler and his colleagues are asking themselves: what might such a digital product from Lenze look like?

«The starting point is our OEE & Downtime Tracking application,» reports Nebuhr. After all, OEE is still the headache in many companies. It should already be at 80 percent. The reality is often different. There is a lack of data, but much more often a lack of transparency. This is changing with OEE & Downtime Tracking. It provides more transparency in the production process without additional hardware or sensors. The Lenze PLC calculates OEE. «We are working on a solution that also considers other PLCs. The OEE solution is the first step for us and our customers.»

The results are visualized on preconfigured dashboards. Downtime Tracking is a supplement to the OEE solution. The OEE factors «availability» and «performance» can be viewed in detail, and machine downtimes, as well as organizational downtimes, are tracked. Organizational also includes when the machine is stopped manually or runs at reduced speed, for example.

Lenze relies on OPC UA and MQTT for communication, ensuring connectivity for future technologies. The data flow from the controller to the cloud is ensured, and even without a cloud connection, live data can be sent in real-time to a human-machine interface for greater transparency and motivation of the workforce. «Locally, we create a three-shift comparison, and in our cloud, historical data can be analyzed for up to seven years,» Nebuhr proudly explains.

He and the developers are sure: For the machine builder, the application is an easy way to show machine performance and availability according to the needs of the end customers. «OEE is not rocket science, the clou lies in the provision and distribution of the application, the seamless integration into the hardware, and the idea of setting up a PaaS concept and constantly developing it further.» The end customer can increase or stabilize its production thanks to the data. OEE & Downtime Tracking is thus also a way to perform production optimizations based on data.

And Schuler’s role? He passes the OEE application on to his customer so that together they can improve the machine in the future and perhaps even develop their own software modules based on it. «We don’t want a Lenze lock-in,» Nebuhr emphasizes. Other companies are also welcome. 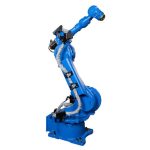 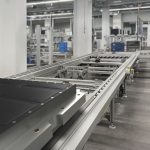