A total of 6.5 million electric cars were sold in 2021, according to a study by McKinsey – twice the total recorded the previous year. Automakers can meet this high demand only by quickly scaling their battery-production capacities. Bosch Rexroth offers rapidly applicable automation solutions that extend across the entire value chain of battery manufacturing – from role unwinding of the film, all process steps in cell manufacturing and battery-module and battery-pack assembly to end-of-line testing and recycling. Their modular design and state-of-the-art software architecture equipped with web-based commissioning tools reduce engineering outlays and time-to-market for the construction of new facilities and the retrofitting of existing operations.

The ctrlX AUTOMATION system erases the boundaries between machine control, IT and the Internet of Things. ctrlX AUTOMATION cuts component and engineering outlays by 30 percent to 50 percent with the help of the real-time operating system Linux, fully open standards, app programming technologies, web-based engineering and a comprehensive IoT connection. The automation toolkit boosts both productivity and flexibility. Users can add functions at any time by installing apps that Bosch Rexroth, third-party providers or they themselves have developed.

The latest linear robots – made of Rexroth’s best-in-class linear motion technology components as well as automation hardware and software – can be used in a wide range of automation jobs, including joining, pressing, handling and dispensing. The pre-installed, intuitive operating software facilitates fast commissioning and simple graphic program production. No programming knowledge is required. The subsystems can be easily integrated into superordinate systems with the help of open interfaces and can be used in many ways, including the sensor-based compensation module Smart Flex Effector. Thanks to a sensitivity level that is comparable to that of the human hand, the Smart Flex Effector creates an array of new factory-automation opportunities. Difficult processes can now be automated, optimized and monitored

Contactless thanks to process chambers

The flexible transport system FTS contactlessly leads battery components through process chambers. Linear motorically driven, it creates a high degree of freedom with straight paths, curves and inclines. In the process, the FTS can transport loads weighing one gram to two tons with positioning precision of up to 1 µm. Coils on the outside power magnetic carriers inside the chambers – without any seals and feedthroughs. The individual bodies can move a workpiece forward or backward and haul it at various speeds.

The new TS7 transfer system can safely and reliably transport battery packs weighing well more than a ton through assembly areas. The system is optimally geared to the special safety and environmental requirements in battery production, allowing large battery packs to be moved on workpiece pallets.

The TS 7 portfolio is standardized, modular and especially low maintenance. It is readily available anywhere in the world and allows systems to be rapidly set up, commissioned and modified at any time.

The compact, modular drive system ctrlX DRIVE and the control platform ctrlX CORE are used in the end-of-line testing of battery packs. They can also be used to discharge batteries in preparation for recycling. With the help of Rexroth transfer systems, other usage areas in battery production and reuse will arise. 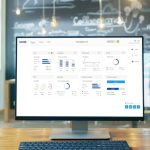 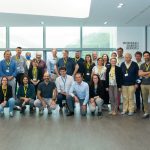