Bosch Rexroth and MathWorks bring together simulation and automation

As part of their digitalization efforts, many companies are introducing technologies or processes in production that are often groundbreaking for them. To minimize risks prior to commissioning and to increase efficiency – even with respect to familiar processes – simulation-based planning for systems and machines are increasingly being used, as are interlinked production workflows. MathWorks and Bosch Rexroth are bringing together simulation and automation and are thereby supporting the simplified creation of digital twins, for example.

MathWorks is a developer of software for mathematical calculations that uses the MATLAB platform and the Simulink block diagram environment. MATLAB is a high-level language and interactive environment that can be used to quickly carry out calculation-intensive tasks. As software for modeling, Simulink rounds out the product. Both solutions are used in various applications, for example in machine and system engineering as well as in the development of automation components. Now they can be combined with the automation toolkit ctrlX AUTOMATION from Bosch Rexroth for the model-based development of digital solutions. To this end, interfaces were created between the solution portfolios of MathWorks and Bosch Rexroth. MathWorks is already the 50th partner of ctrlX World.

“Thanks to the direct link between the simulation and automation platforms, users save a lot of time, because they can virtually test the machine or system in the model prior to its completion. So the digital twin of the machine comes first, before it’s set up by the machine manufacturer. Errors can thus be recognized and eliminated ahead of time, processes optimized and much more,” explained Hans Michael Krause, Head of Product Management ctrlX World at Bosch Rexroth.

“Moreover, with the joint solution, we are laying the foundation for AI-based solutions – for example in the field of predictive maintenance – in addition to enabling virtual commissioning,” added Norbert Ulshöfer, Head of the Application Engineering Team at MathWorks in Germany.

The complete solution underscores the concept of ctrlX AUTOMATION: The open automation platform with app technology and ecosystem does away with the classic borders between machine control, IT and the Internet of Things and, in doing so, shines a spotlight on co-creation. 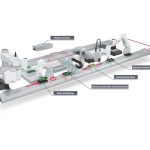 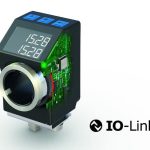