Plocher Möbelelemente has daily output of 50,000 components, achieved by 100 employees – plus two Yaskawa Motoman robots. The two handling cells were designed and constructed by Mutz Maschinenbau in 2020 and 2021. But the partnership of the two family-owned enterprises from the Black Forest has existed for much longer.

At least there was always plenty of wood in the once bitterly poor Black Forest. And resourceful inventors. The most prominent outcome of this combination is the world-famous cuckoo clock. And in fact, the furniture industry and mechanical engineering have left their mark on the economically successful region.

One typical representative of this medium-sized innovation culture is Plocher Möbelelemente GmbH with its head office in Vöhringen on the eastern fringe of the Black Forest. Founded in 1953 as a modest furniture workshop, the family-managed company has long since become an internationally active provider of individual solutions for the furniture industry. The company’s portfolio ranges from drawer frames, cross pieces, plinths and furniture profiles to complete furniture systems – on a grand scale. For example, 250,000 running metres of coated moulding are produced each week and about 1,000 packages leave the factory daily.

Of course, such high throughputs can only be achieved with the corresponding machines and installations. This is where Mutz Maschinenbau GmbH comes into play: another ‘medium-sized tinkerer’s workshop’, as the company officially introduces itself. The family-owned company from Dornstetten in the district of Freudenstadt specialises in automation and linear systems for woodworking and plastics processing, as well as the manufacture of insulation materials. The broad customer base also includes Plocher Möbelelemente. “Our cooperation has existed for many years,” says project manager Jonathan Mutz as he looks back on the shared history of the two companies, located merely 30 km apart.

It was only logical for the decision-makers at Plocher Möbelelemente to turn to Jonathan Mutz and his colleagues with the new challenge. Specifically, they were seeking an automated solution for handling coated frame components that had to be stacked on a pallet after machining. The task was made particularly difficult by the need to stabilize the stack by inserting paper strips between the individual layers at an angle of 90°. This called for more complex stacking patterns. Furthermore, it had to cope with parts ranging widely from 200 to 2,800 mm in length, some of them with milled grooves. These grooves necessitate a separate gripper for each component size.

Mutz Maschinenbau solved these complex tasks with the use of an industrial robot. For Plocher Möbelelemente this was a premiere that quickly convinced. The first robot-based handling system, brought into operation in 2020, was followed by the second one a year later. The two installations assume similar tasks and differ only in details, e.g. the design of the respective grippers.

A handling robot from Yaskawa’s Motoman GP series operates in each cell. The robot takes single or multiple parts from a buffer belt and deposits them on the pallet according to a predetermined stacking pattern. Various different parameters are possible, such as longitudinal stacking, transverse stacking, two stacks one behind the other or stacks of different heights. The robot measures the height of each layer via a cylinder probe on the gripper. This enables potential sum errors to be compensated for during stacking, or the exact stack height to be determined after shutdown. In addition, it detects how many parts are already in place on a started layer.

The robot also plays a role in quality control. In this case it takes up a workpiece at the command of the operator and places it on the sampling belt for inspection. In cross stacking, the robot picks up the individual cardboard strips and places them on the appropriate layers.

Conscious decision in favour of Yaskawa

The decision in favour of Yaskawa as manufacturer was made quickly: “We have been relying on Motoman robots for 20 years now,” explains Jonathan Mutz. “The Motoman is best suited to our needs; operation and service are simply the best!” the project manager adds, and reveals: “We installed our first system with a Motoman robot in 2001. It still runs efficiently, although it is scheduled to be replaced next year by the new generation of robots.”

More specifically, for both installations the experts at Mutz Maschinenbau opted for the Motoman GP35L robot model. Its pre-eminent suitability for these applications is attributable to an optimum payload range of up to 35 kg and an extra-long robot arm with a maximum reach of 2.5 m.

‘GP’ stands for ‘general purpose’ and thus for a wide range of uses. The six-axis robots are designed in accordance with protection class IP67, i.e. specially protected against the penetration of liquids and dust. They can thus be employed in harsh working conditions and are easy to clean.

The GP35L is controlled by a Yaskawa high-performance YRC1000 controller that is in turn integrated via interfaces into the system PLC. The latter transmits the data read by a scanner, e.g. dimensions, stacking patterns or choice of gripper, to the robot. Likewise, the PLC controls the communication between processing machine, robot and periphery. Robot jobs are selected and performed with the positional data received from the PLC. The overall system including robot and periphery is uniformly controlled by an HMI panel that is used to set all key parameters, such as speeds and offsets of the robot positions. This allows minor corrections to be made without the need to modify the robot program.

Due to the large spectrum of components and diverse workpiece geometries, the robot has various grippers that it selects and exchanges to fit the component dimensions. The second robot cell is equipped with a gripper that can be adjusted to the wide variety of workpieces.

Robots in the woodworking industry

With the two new robot installations, Plocher Möbelelemente is very much in line with the trend. “In our experience, robotics are playing an increasingly important role in the woodworking industry,” Mutz observes. “Robots are on the advance, and our customers are really enthusiastic about them – not only the technology and the price-performance ratio, but also the visuals and prestige of these cutting-edge installations.”

Industry expert Mutz sees great potential for a robot-based automation, particularly in handling, but also in assembly: “There are many applications that are simply much easier to implement with a robot, especially in the complex handling of plate-shaped workpieces or the assembly of fittings and corpuses.” This has also been the experience of Plocher Möbelelemente, where the robotics era is a long way from being over. 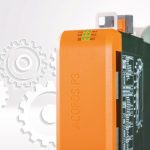