Aucotec at Cigre 22 Comprehensive engineering for the power distribution industry

At the Paris congress of Cigre, the International Council on Large Electric Systems, software developer Aucotec will present its comprehensive engineering concept for the power distribution industry from 28 August to 2 September 2022.

With its cooperation platform Engineering Base (EB), the entire engineering workflow for substations can be covered, from the initial project idea and design and detailed planning to maintenance support during operation.

Single line: once for all

Thus, EB begins with the single-line diagram, the important source document that defines the primary technology devices. Up to now, experts in this discipline have developed the graphics in a separate tool and then given a list of devices, sometimes a DWG, to the secondary technology.

Their specialists then have to build the SL diagram once again in EB, where an intelligent model of the entire plant is created thanks to data centering. «Duplication of effort can be easily saved if the primary technology also uses EB. Major customers in particular demand this, and the platform makes it possible for the first time,» explains Aucotec product manager Michaela Imbusch. This allows secondary engineers to begin their detailed planning much more quickly and, most importantly, seamlessly, as soon as the first device is defined, rather than when the primary planning is complete.

The proximity to this discipline is very clearly demonstrated by 2D engineering expert Aucotec at Cigre: right next to each other and without the usual partition wall, the company is presenting itself with Entegra GmbH, to whose 3D system Primtech an EB coupling is already underway. It will also be presented in Paris with all its possibilities and synergies.

Up to date throughout its life

Another issue is EB’s ability to act as a single source of truth for all project participants, bringing together the data into a complete plant twin and keeping it permanently up to date there. This enables both planners and operators to cope with the enormous increase in project volumes in the energy sector. Right up to the protection and control technology, all disciplines have access to the data model, each specific addition or change is immediately visible and editable by all.

«It is consistently updated without waiting, coordinating or manual transfer, along with the associated effort and errors,» says Imbusch. As the center of all plant knowledge, EB is also valuable for maintenance. Thanks to easy transfer of change data to EB – for example via mobile device and web service at any time from anywhere – this value can be maintained over the entire plant life.

In addition, the platform enables users not only to set their own company standards with function-oriented building blocks, on the basis of which the system can be configured virtually at the push of a button. EB is also the only system capable of implementing all internationally required standards down to the last detail.

From IEC 81346 and 81355 on plant and document structure to 61850 on device description and communication in substations to the future RDS PS. «IEC 61850 in particular is currently a hot topic for energy distributors. EB’s implementation of this standard has already impressed numerous interested parties. We expect to have a lot of discussions about this at Cigre as well,» says the product manager. 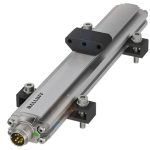 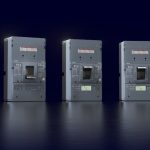 EPLAN Virtual Fair will be focusing entirely on collaboration in engineering