Variability in products, flexibility of materials, and tolerances in parts as well as part positions push the limits of conventional automation solutions. One way to overcome these challenges is to empower robots through sophisticated software and sensors such as force-torque-sensors, 2D and 3D cameras as well as laser scanners – a trend referred to as “advanced robotics”. Applications for advanced robotics can be found in all major industries. Processes to be automated include amongst others the handling of flexible materials such as cables, rubber or plastic parts and fabrics, assembly of tolerance prone parts in electronics like THT components or connectors and surface treatment tasks.

During engineering, ArTIA decreases interface efforts between robot controllers and SIMATIC controllers down to zero. ArTIA helps by automatically creating the robot hardware configuration in the corresponding TIA Portal project as well as the function blocks representing the sub-programs compiled with ArtiMinds RPS. Furthermore, it guarantees consistent data exchange between PLC and robot controller. As in conventional automation projects, TIA Portal can then be used to finalize the engineering of the robots and their interaction with other cell/line devices .

Due to the ease of use, PLC programmers can now master advanced robotics applications . In a further development stage, it is planned to seamlessly merge the hardware independent programming paradigms of ArTIA and SIMATIC Robot Library.

Furthermore, ArTIA lays the foundation for robot self-learning during runtime. Through the closed loop between robot controller, SIMATIC controller and ArtiMinds Learning and Analytics for Robots (LAR), teach point optimization algorithms can run autonomously and safely in the near future. 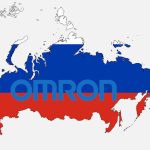 Omron leaves the Russian market for its industrial automation solutions 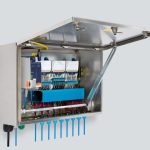