Planar systems offer enormous potential for a variety of industry segments. With ctrlX FLOW6D, Bosch Rexroth has raised contactless high-performance transport and positioning to a new level. Free-floating transport platforms, so-called movers, are moved on a horizontal, vertical or overhead working surface. Each mover acts in six degrees of freedom at high speed and with great precision – without any friction or pollution. Integration into the automation toolkit ctrlX AUTOMATION results in an overall solution with a compact control system and apps to increase the range of functions.

A planar system serves as a contactless levitation system for the efficient and safe transport, positioning and handling of loads. On a working surface which can be adapted in a modular fashion, a number of differently shaped and sized movers can be controlled in six dimensions. Strong, specially arranged permanent magnets make this possible. Given their modularity and easily adaptable nature, planar systems can be used in numerous industrial sectors, for example in the semiconductor industry, the food sector, the pharmaceuticals industry or in assembly systems.

ctrlX FLOW6D offers new room for maneuver and innovative concepts for production systems. Bosch Rexroth has given the system numerous properties to make it stand out from other well-known technologies. Much larger movement ranges, for example a floating height of 20 mm, a 10° tilting angle and endless rotation in any location set new standards. The six degrees of freedom of each mover can be combined with each other as required. For example, rotation and tilting are possible during travel. Vertical or overhead system operation is also possible.

The movers are connected: Power and data are available to users on the floating platform. A mover can be converted into an active agent by adding actuators, sensors and handling components.

This and other properties allow entirely new system concepts and workflows. For example, movers can be operated in a process chamber, transport and process tasks can be combined seamlessly and transport systems can be standardized. The additional degrees of freedom mean that fewer peripheral devices are needed. As a result, the system becomes more compact and cheaper.

“ctrlX FLOW6D forms the backbone of a flexible and efficient production facility. As an open system, it can interact seamlessly with various other systems. Software-controlled production allows it to be adapted to changing products or processes quickly,” explained Steffen Winkler, Vice President Sales, Business Unit Automation & Electrification Solutions at Bosch Rexroth.

By incorporating ctrlX FLOW6D into its automation world, Bosch Rexroth has created an integrated, agile system. “ctrlX AUTOMATION provides the software platform for design, simulation, engineering, operation and service. With ctrlX CORE, we offer a compact, high-performance control system which allows users to make optimum use of the new planar system technology. New functions can easily be added as apps available from the ctrlX Store. As a result, full use of the potential of levitation can be made,” said Steffen Winkler. 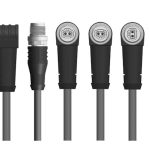 ESCHA at SPS 2022 The future of industrial connection 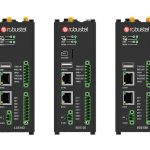