In 2020, CVE-2020-28212, a vulnerability affecting this software, was reported, which could be exploited by a remote unauthorized attacker to gain control of a PLC with the privileges of an operator already authenticated on the controller. To address the vulnerability, Schneider Electric developed a new mechanism, Application Password, which should provide protection against unauthorized access to PLCs and unwanted modifications.

An analysis conducted by Kaspersky ICS CERT experts has shown that the implementation of the new security mechanism also has flaws. The CVE-2021-22779 vulnerability, identified in the course of the research, could allow a remote attacker to make changes to the PLC, bypassing authentication.

It was established that the UMAS protocol, in its implementation prior to the version in which the CVE-2021-22779 vulnerability was fixed, had significant shortcomings that had a critical effect on the security of control systems based on SE controllers.

By mid-August 2022, Schneider Electric had released an update for the EcoStruxure™ Control Expert software, as well as for Modicon M340 and Modicon M580 PLC firmware, that fixes the vulnerability.

A detailed report on the research, Schneider Electric measures designed to fix the authentication bypass vulnerability, and Kaspersky ICS CERT recommendations can be found in the full version of the article published on the Kaspersky ICS CERT website.

UMAS is based on a client-server architecture. During the research process, we used the EcoStruxure™ Control Expert PLC configuration software as the client part and a Modicon M340 CPU controller as the server part. 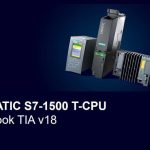 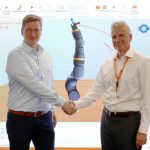