Flexiv announce the launch of its ROS 2 driver, making it easier than ever for developers to take control of Flexiv’s range of Rizon robots.

With ROS 1 being released in 2007, the Open Robotics team was able to draw on over a decade of experience to create ROS 2. Built from the ground up to be industry-grade and used in production, ROS 2 is more reliable and has increased functionality compared to its predecessor.

Open Robotics, the developers of the ROS 2 Humble Hawksbill software, state that:“The purpose of ROS 2 is to offer a standard software platform to developers across industries that will carry them from research and prototyping through to deployment and production. ROS 2 builds on the success of ROS 1, which is used today in myriad robotics applications around the world.” ROS 2 is supported and tested on Linux, Windows, and macOS, allowing seamless development and deployment of on-robot autonomy, back-end management, and user interfaces.

Flexiv is committed to supporting full ROS 2 integration, and work is already in progress for updates which will include GPIO control, robot and system status viewing, plan execution and more. 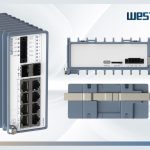 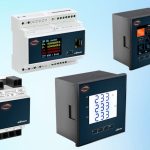 Measuring and monitoring modules for the control cabinet