KUKA Strong growth in the first nine months of 2022

More and more customers worldwide are turning to automation with KUKA: the Augsburg-based technology company posted double-digit growth in sales and EBIT as well as a record volume of orders received in the first nine months of 2022. KUKA is therefore increasing its guidance for 2022 for order intake and sales revenues.

Companies from a wide range of industries invested in robot-based automation and logistics solutions as well as in state-of-the-art production systems from KUKA. For example, robots grind knives, stack milk crates in cold storage warehouses or screw on washing machine doors. Demand was particularly high in Asia and North America, as well as in the e-mobility, consumer goods and retail sectors. In China alone, the volume of orders received by KUKA nearly doubled compared with the same period of the previous year. However, due to global uncertainties, KUKA expects the economic environment to become more difficult.

The entire KUKA team worldwide has done a fantastic job over the past few months, as shown by the figures from January to September. We support our customers with our products and solutions to help them make their production more efficient and re-silient. Customers are investing in their own future viability with digitalization and robot-based automation, especially in the face of difficult economic conditions.

Technologies in demand in difficult times

KUKA, too, is feeling the effects of global crises. Rising costs and supply bottlenecks, as well as the indirect impact on global markets of the war of aggression against Ukraine, weighed on earnings in the first nine months of 2022 and were reflected in the EBIT in some divisions, which would otherwise have been even higher.

“These challenges will remain with us for some time,” stated Peter Mohnen. “However, despite these difficulties, it is clear that KUKA offers the right solutions for major developments such as the reshoring of production, in other words relocation back to the home region, coping with the skills shortage, or the global desire of customers to make their own processes more flexible and resilient.”

The latest figures from the International Federation of Robotics (IFR) also confirm this trend: For example, more than 517,000 new industrial robots were installed in factories worldwide in 2021, 31% more than in the previous year. China, in particular, recorded high growth rates, with the number of robots shipped increasing by 51%. The stock of operational robots around the globe reached a new record of around 3.5 million units. 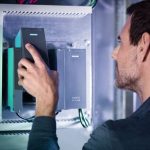 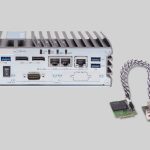