Digitalization, sustainability, shortage of skilled workers: Companies in the process industry are currently facing major challenges. To prepare their plants for the future, Siemens believes that operators must rely on a highly flexible process control system. Against this backdrop, Siemens has now launched both a new software version and new hardware components for its Simatic PCS neo web-based process control system.

With version 4.0, Simatic PCS neo is now ready for plant capacities and large-scale projects of up to 64,000 process objects and 56 controllers – making it suitable for industrial plants of all sizes. «Whether individual process modules or world-scale plants – Simatic PCS neo is the control system of the future for the process industry,» says Dr. Hartmut Klocker, Vice President Automation and Engineering Systems at Siemens Process Automation. «As the world’s first and only completely web-based system, the process control system enables location-independent teamwork – whether from the home office or the office, on mobile devices or desktop computers. This is a real milestone.»

In version 4.0, Simatic PCS neo supports all parts of the MTP standard (Module Type Package) defined and released jointly by NAMUR and ZVEI up to now. Plant modules can thus be integrated even more easily into the process control system and can be described, configured, and automated independently of the manufacturer. In addition, version 4.0 offers workflow improvements that further reduce the engineering effort. «With Simatic PCS neo, plant operators are also pioneers in the MTP standard. Process plants can thus be controlled even more efficiently than before,» says Klocker.

With the Simatic S7-4100 automation system, Siemens is also presenting the new generation of controllers for the process industry. The first release will be available exclusively for Simatic PCS neo. Compared to the current model, which will continue to be available in the long term, the new controller is 30 percent smaller and thus saves space in the control cabinet. In addition, Simatic S7-4100 offers extended communication options with up to six Profinet or Profibus interfaces. The use of the latest Siemens chipsets reduces the energy consumption of these controllers by up to 50 percent. In addition, the S7-4100 controller is absolutely robust and maintenance-free: When operating at ambient temperatures of minus 25 to plus 70 degrees Celsius, no fan is necessary, and no batteries are required to buffer the system data in the event of a power failure. Klocker: «The controller is the brain of the process plant. With the Simatic S7-4100 controller, we have taken our automation platform for the process industry to a completely new level of performance.»

Parallel to Simatic PCS neo V4.0, Siemens is introducing the fully integrated Simatic CN 4100 communication gateway, which enables simple and secure process data exchange with Simatic PCS neo both at the control level and in parallel at the visualization level. It plays the role of a convenient data switch, which makes it possible to configure data from the plant only once and then feed it to the controller, the process control system, or both at the same time. Supported protocols include Modbus TCP and OPC UA, and more protocols are planned. This relieves process control, simplifies engineering, and increases plant security by separating the networks.

Siemens will be presenting Simatic PCS neo V4.0 together with the new hardware for the first time at this year’s SPS trade fair from November 8 to 10, 2022 in Nuremberg (Hall 11). 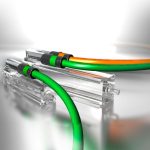 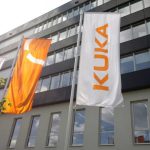 KUKA Strong growth in the first nine months of 2022