Bosch Rexroth at SPS 2022: More openness and freedom in automation

“More openness and freedom in automation” – the motto for the new developments in the world of ctrlX AUTOMATION. From November 8 to 10, Bosch Rexroth will present these new developments at the SPS (Smart Production Solutions) trade fair (Hall 7, Booth 450) at the Nuremberg exhibition center. A unique highlight: Bosch Rexroth has now opened up its Linux operating system which was used exclusively on the control system ctrlX CORE to third party providers. As a result, other providers of automation components can use ctrlX OS too. This is the basis for collaboration between major players in the sector. A number of partners from the ctrlX World will also present their solutions and apps which are embedded into the ctrlX AUTOMATION ecosystem.

The automation toolkit ctrlX AUTOMATION is a fully open overall system comprising hardware and software as well as the partner network ctrlX World. It provides all components needed for complete automation solutions. ctrlX AUTOMATION works with modern app technology and stands out with its openness and simplicity.

Bosch Rexroth offers modular and scalable solutions to meet all automation requirements thanks to easily combinable hardware and interplay with third-party software. If the demands on the part of manufacturers and users as regards performance, speed and agility should grow, they can adapt their automation solutions at any time simply by installing apps and tailor them accordingly. This helps them to cope with increasingly complex connectivity and digitalization tasks for example – without them having to build up their own know-how or put in place additional resources.

Programming can take place on the control system ctrlX CORE itself in an integrated development environment. With a full choice of programming languages such as Blockly, Python, IEC 61131, PLCopen or C/C#, functions can be created as apps and combined freely. These properties are crucial given the acute lack of specialist staff at the moment.

“We’d like to offer the users of automation solutions maximum freedom while relieving some of the burden on them. This means we’d like to free them from lock-in effects and standalone solutions. Our developments therefore aim to open up solutions as far as possible and allow connectivity and compatibility,” explained Steffen Winkler, Vice President Sales, Business Unit Automation & Electrification Solutions at Bosch Rexroth. He added: “We’ve recently taken the bold step of making our operating system available to other automation component suppliers. With ctrlX OS, it is now possible to take advantage of the benefits of our operating system for any automation topology. These benefits include Linux, security, its real-time capability, its microservice-based architecture and many others.“

The real-time-capable, Linux-based operating system which was used exclusively on the control system ctrlX CORE is now available as a separate solution for industrial environments. ctrlX OS is hardware-independent and thus connects even more automation components seamlessly to the entire ctrlX AUTOMATION portfolio including the partner solutions from ctrlX World. It can also be operated with a virtual control system on hypervisor platforms, in the data center, on edge servers or in the cloud. Software-based functions can be developed, installed, updated and operated even more easily and flexibly across all levels of the automation topology.

“The automation sector is booming and, in the era of digitalization and connectivity, offers new potential for providers and users. There have been significant developments in the past few months. I look forward to personal discussions and presenting the new developments to a specialist audience,” said Steffen Winkler. He has also been chairman of the SPS Exhibitor Committee since July 2022. 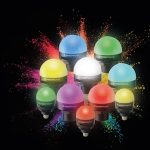 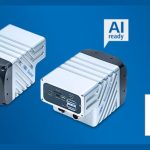