Comau advanced collaborative robotics as part of the Sherlock Project

Comau has recently completed the development of several innovative human-centered robotic applications as part of its collaboration within the SHERLOCK project (Horizon 2020 Framework Programme, grant agreement 820689 – coordinated by Laboratory for Manufacturing Systems & Automation, University of Patras) – to promote effective industrial human-robot collaboration. Under the scope of the project, Comau has designed a series of user cases featuring advanced collaborative robotics enhanced with sensors, smart mechatronics and AI-based cognition. In doing so, the company has created efficient human-robot collaboration modules that feature AURA (Advanced Use Robotic Arm), the company’s high-payload collaborative robot arm, Racer-5 COBOT, a 6-axis articulated robot that can work at industrial speeds of up to 6 m/s when human operators are not present, and Comau’s wearable MATE exoskeleton. Comau is helping create modular collaborative robotic cells that can be quickly and easily deployed within a wide range of industrial settings.

In the first case, Comau worked with CALPAK, a solar energy equipment supplier, to automate the manipulation of heavy solar thermal collectors using a high-payload AURA collaborative robot. Leveraging AURA’s integrated use of sensors and controls, the robot presents the thermal collectors to the operator in the most convenient way to install smaller pieces that require human dexterity. Furthermore, the multiple sensors and protective coating ensure that when AURA is touched, the robot stops moving and can react according to operator needs. Similarly, when operators are in the robot’s area of action, AURA predicts their movements and modifies the robot’s trajectory accordingly. The solution was successfully tested by 8 operators, 1 production manager and the CEO/owner of the company.

Comau has also worked with VDL Industrial Modules, a contract supplier specialized in industrial engineering, sheet metal work, machining, and assembly, to automate the production and assembly of large aluminum panels. A total of 68 unique panels were produced as part of the use case, each containing up to 95 parts and each with its own set of instructions. To accommodate the highly repetitive riveting tasks, Comau leveraged the flexibility and collaborative safety features of its Racer-5 COBOT, together with an AI-based system to both accurately detect the rivet holes and automatically perceive the environment in real-time, further ensuring operator well-being. Mounted upside down to a linear rail, the 6-axis articulated Racer5 COBOT performs the repetitive assembly of the panels while collaborating with an operator who performs the value-adding tasks that require human dexterity.

Racer-5 COBOT combines high repeatability and accuracy with the ability to automatically switch from industrial robot speed to collaborative speed when a human operator enters its working area. As part of the use case, the robot/human tasks are generated using real time action and task planning software. Moreover, the operator can easily insert a new product variant in the production line using the robot’s ability to receive teaching by demonstration input, manual guidance and interactive learning skills.

These use cases, among others, will be presented by the SHERLOCK consortium on the 28th of October, to celebrate the successful completion of the project. The event, which will be held at the premises of VDL Industrial Modules in Helmond, Netherlands, is expected to be attended by the EU commission as well as various clients, stakeholders and consortium partners. During the event, details of the technological solutions and how they have been applied will be discussed and a live demonstration of the Comau-designed cell for VDL Industrial Modules will be shown.

“It is an honor to see our use case with VDL Industrial Modules used as an example of the valuable impact collaborative robotics can have within semi-manual production environments, helping streamline processes and improve the flexibility of our customers’ overall production potential.” said Alfio Minissale, EU Project Manager 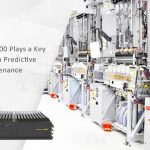