The use of direct current for sustainable industry is one of the major trend topics. But until now, DC technology in Germany has essentially only been advanced in research projects for industrial use. The big breakthrough has yet to come. An alliance of companies, research institutions and the ZVEI is now giving DC technology a new dynamic. LAPP is also involved as a founding member.

The new alliance is called Open Direct Current Alliance (ODCA) and was officially constituted on November 3 in Frankfurt am Main. LAPP, world market leader for integrated solutions in the field of cable and connection technology, is one of the founding members. The ODCA is the international and practical continuation of the German DC-Industry and DC-Industry2 DC research projects, which have been working since 2016 with over 40 partners from industry and research to implement the energy transition in industrial production. In addition, there is close cooperation with the Current/OS foundation.

Experts believe that the consistent use of direct current in industry not only makes it easier to integrate renewable energy sources, but can also save conversion losses between AC and DC in the double-digit percentage range, depending on the application. In addition, the use of DC also leads to material savings and thus increased resource efficiency. As a result, DC will play a key role in industrial power supply in the future. «The new alliance is intended to further advance the topic of DC. After research and the first product developments at LAPP, the next DC evolutionary step is now taking place,» Dr. Susanne Krichel, Head of Innovation and Advanced Technology at Lapp Holding AG, is pleased to say.

LAPP is already a pioneer in the development of cables and wires for low-voltage direct current networks for industrial applications. LAPP was the first in the world to present a DC portfolio. This includes the ÖLFLEX® DC 100 with new color coding of the cores according to the DIN EN 60445 (VDE 0197) standard for DC cables, which was updated in 2018. Other cables include the ÖLFLEX® DC SERVO 700 for stationary applications and the ÖLFLEX® DC CHAIN 800 made of TPE for moving applications, the first DC robot cable ÖLFLEX® DC ROBOT 900 with core insulation made of TPE and a jacket made of PUR, and the halogen-free, highly flame-retardant single-core cable ÖLFLEX® DC ESS SC for DC applications up to 1.5 kV for use in energy storage systems (ESS).

At the SPS trade fair in Nuremberg, LAPP will present, for example, ÖLFLEX® DC GRID 100 – a DC cable for connecting buildings and industrial plants. ÖLFLEX® DC GRID 100 is suitable for setting up energy-saving DC networks in the low-voltage range and, in addition to supplying buildings, can also be used, for example, to supply control systems. The flexible, buriable DC cable with color code according to EN 60445 has good installation properties thanks to a fine-stranded, flexible conductor structure. It can be used in dry, damp and wet environments and withstands high mechanical loads. It can either be laid directly underground or can be routed openly in cable trays. 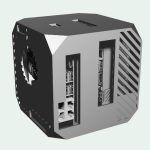 Acceleration Robotics takes over TechnoYantra to grow in Asia 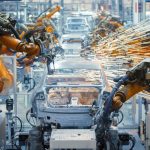 Belden SPS 2022 digital transformation and the shift to Industry 4.0

M5 connector from sensors and metrology to cobots and drones

Protection against electric shock according to IEC 60601-1