Weidmüller’s groundbreaking u-OS automation operating system is based on open, established standards such as Linux, container technology and OPC UA and enables the integration of apps. u-OS is thus easily expandable and supports automation engineers with user-friendly engineering to assemble customised and web-based systems. This enables users and their customers to be independent, flexible and ready for the future.

IT and OT used to be separate areas: while information technology is responsible for data systems, operational technology includes the hardware and software to control and manage systems in the manufacturing and process industries. With Industry 4.0, in recent years the OT world has started to merge with the IT world, but an increasing number of boosters are entering the industry that are significantly accelerating the merger. Digitalisation, cloud and edge technologies, artificial intelligence and the Industrial Internet of Things (IIoT) are influencing operational technology at a rapidly growing pace.

«At least 40 billion IoT devices will be in use by 2025», is the estimate of Andreas Hoffmann, Vice President Business Unit Automation at Weidmüller Interface.

This is because the networking and digitalisation of processes right up to the edge of the network enable companies to gain decisive competitive advantages: transparent and up-to-date information, high flexibility in processes, the opportunity to make forward-looking decisions and thus save time and costs and,
last but not least, process quality can be improved.

This will not only lead to an exponential growth in data volume, but will also shift previously centralised IT functionalities and decision-making processes to the decentralised edge components. This in turn requires the digital networking of a wide variety of systems and solutions. What sounds purely advantageous in theory, is also of great benefit in practice – but implementation is not (yet) that easy. This is because many of the advantages that an integrated smart factory could offer in terms of flexibility, cost and energy efficiency cannot be exploited owing to automation systems that are specific to the manufacturer.

The prerequisite for a successful solution on the market today in IT, i.e. seamless compatibility with third-party systems, is far from standard in OT: users often have to manage incompatibilities of proprietary solutions and expensive maintenance and retrofitting of systems. In recent months, many companies have also found that a manufacturer-based solution offers very little opportunity to simply switch to another component manufacturer in the event of disruptions in the global supply chain.

Communication between OT and IT on one device

«The closer the IT and OT worlds merge, the greater the desire of users to break this dependency», says Andreas Hoffmann, summarising customer requirements. «And with u-OS, Weidmüller now offers users a software platform for IIoT and automation that is open, flexible and independent.» u-OS combines the stability of automation solutions with the potential of the IIoT on just one device, and offers automation engineers and IT programmers an open and flexible solution thatfacilitates the digital networking of a wide range of systems.

Although approaches to comprehensive automation platforms exist already, the user must also orientate himself to the specifications of the provider; for example, it is very difficult to integrate solutions from third-party providers. u-OS, on the other hand, relies on the use of open, established standards such as Linux, container technology and OPC UA and enables the integration of Weidmüller apps, proprietary apps or apps from third-party providers. This makes the user independent and ready for the future, because users can rely on third-party providers who also offer automation platforms or apps. Linux as an open standard is therefore a prerequisite, as it combines essential features for use in the automation environment: excellent real-time capability, a large service provider and developer community, and easy optimisation and adaptation of the open-source code if required.

Container technology as an open standard enables users to bundle an application with all its dependencies in a single package. This means that even complex software releases can be provided automatically and quickly. This eliminates many sources of error during installation and updates, reduces the time required and saves costs. The app manager used by u-OS enables the system to be easily configured to adapt to the customer’s specific needs with no programming knowledge required.

Using these open standards, u-OS enables third-party runtime systems to operate on the software platform. An example of this is CODESYS®, the largest manufacturer-independent ecosystem in industrial automation. CODESYS® is a hardware-independent programming system for the creation, project planning, documentation, visualisation and configuration of control applications. In addition, the integrated runtime environment u-create web enables simple engineering with no programming knowledge.

Apps – from Weidmüller, third-party suppliers or users’ own – can be used to flexibly add new functions and open up the whole world of industrial automation and the IoT. The u-OS operating system enables various industrial worlds to merge in this way in the future with no complications: for example, PROCON-WEB, a highperformance visualisation software, can simply be installed as an app on the open control system.

u-OS connects Industrial IoT with automation, partners with their users, the cloud with data and industrial ecosystems. Users who rely on open-source automation and not proprietary systems benefit from this in several ways. They can position themselves to be more productive, flexible and efficient using open, digital networking. «And this is also reflected in operating costs and ultimately competitiveness», says Vice President Business Unit Automation, Andreas Hoffmann. «The new u-OS operating system will therefore form the basis for all of Weidmüller’s IoT and automation components in future. Every device has the software installed to enable easy access to the IT and OT world. The expansion capability allows our customers and their customers to assemble a customised and web-based system. Anything is possible – there is no must.” 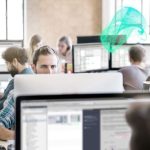 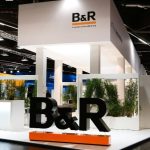