New Board of Directors member at the EtherCAT Technology Group

6819 days in office: Prof. Dr. Peter Heidrich was elected in the beginning of 2004 as a member of the Board of Directors at the first Membership Assembly of the EtherCAT Technology Group after its foundation and has been confirmed in office eight times since then. In 2004 he was still Director of the Drives Engineering Department at ETG founding member Baumüller, and since 2010 he has also represented the interests of the academic and scientific world on the board of the world’s largest fieldbus organization as Professor of Control and Drive Engineering at Pforzheim University: of the nearly 7000 members, more than 300 are universities and colleges, and many research institutes and large-scale research facilities are also in the ETG. After almost 19 years, Prof. Heidrich did not stand for re-election at the Membership Assembly. The members and the board of the ETG thanked Heidrich for his many years of commitment and unanimously elected him an honorary member of the association.

The new board was also elected without dissenting votes: Dr. Gerhard Grunwald. However, the «new guy» is anything but new: In November 2003, Grunwald was the very first to sign the membership application for the newly founded EtherCAT Technology Group, thus making DLR member number 1! Dr. Grunwald has been with the Institute of Robotics and Mechatronics of the German Aerospace Center (DLR) in Oberpfaffenhofen-Weßling since 1988 and has since coordinated many national and international research projects. From 2003 to 2005, he set out with his team and project partners to investigate performant communication systems for robot and space applications as part of the «PAPAS» project. The initial expectation was not to find anything suitable and to continue developing the appropriate system for each project: but EtherCAT exceeded expectations and has since proven to be the system of choice for virtually all subsequent projects. Dr. Gerhard Grunwald has been DLRs Responsible Coordinator Orbital Robotics since 2012 and actively contributes to the dissemination of EtherCAT in space projects as co-author of several ETG publications. As a representative of one of the largest research institutions in Germany, his involvement in the ETG board seamlessly follows that of Prof. Dr. Peter Heidrich.

The Membership Assembly also confirmed Dmitry Dzilno from ETG founding member Applied Materials in Santa Clara and Martin Rostan from Beckhoff Automation in office in the Board of Directors of the EtherCAT Technology Group. 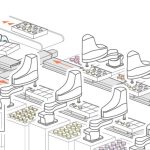 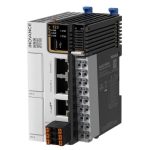