November 11 traditionally marks the start of the carnival in Cologne. There are two reasons to be happy this year, because on November 11th, 2022, the Cologne-based industrial company and plastics specialist igus reached the billion mark in sales for the first time.

One billion euros in sales: This goal, which the Cologne-based plastics company igus had set itself for the first time for 2020, has now been achieved two years later, despite the corona pandemic – and right on time for the start of the Cologne Carnival on November 11th. «Unbelievable, but true: on this very day we, as a Cologne-based family company, reached one billion in sales,» says igus Managing Director Frank Blase, who was also born in Cologne. And the next goals have already been set: by 2025, in-house production is to become climate-neutral, and by 2030 igus wants to look after one million active customers.

From the Cologne garage out into the world

At igus it all started in a garage. Margret and Günter Blase founded the company igus in 1964. With the words «Give me your most difficult injection molded part and I will find a solution», the couple won their first customer and thus laid the foundation for the company’s success. Today, igus supports around 188,000 customers from over 50 industries worldwide and employs over 4,500 people at 31 locations. With the guiding principle «improve what moves», igus strives to improve movement worldwide through the use of motion plastics. «We dream of a lubrication-free world,» says Frank Blase. 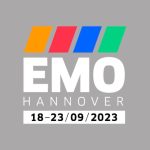 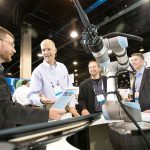