The ST H series RFID sensors are equipped with all the technical and operating features already available in the ST G series, including:

Magnetic holding of the actuator

Devices of the ST H series can be configured with a permanent magnet incorporated inside the housing, able to generate a holding force between sensor and actuator. This way, the guard can be kept closed even where there are vibrations, after a recoil during closing, or in areas where air turbulence tends to open the lighter guards.

The magnetic holding force can be selected among three different magnitudes, in order to adapt to any usage situation.

The symmetry of the housing allows the same sensor to be used on both left and right doors; by simply rotating the sensor onto itself.

The 78 mm mounting hole spacing facilitates the replacement of the traditional SR B magnetic sensors with an advanced RFID safety sensor. 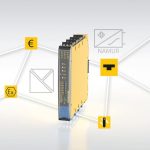 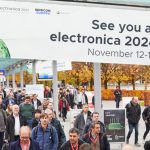 EUCHNER at the SPS Intelligent safety solutions for automated production