The addition of the C6040, which brings even more power to the table, as the latest member of the ultra-compact C60xx Industrial PC series from Beckhoff is opening up a whole new world of application possibilities for users. One of the many ways it achieves its unprecedented power density is by implementing the 12th generation Intel® Core™ processors featuring up to 16 cores.

Depending on the processor type, the 12th generation distinguishes between classic performance cores and efficiency cores. As with previous processor generations, the 12th generation of Intel® Celeron®, Pentium®, and Core™ i3 and i5 are equipped exclusively with classic performance cores. However, the special feature of the Intel® Core™ i7 and i9 processors used in the C6040 is that they are the first to be installed in hybrid architecture. This means that four additional efficiency cores are added to the Core™ i7 and eight to the Core™ i9 processors. This combination of performance and efficiency cores allows applications to be implemented on a total of 12 or 16 processor cores.

While performance cores are primarily suitable for high-performance, single-thread applications, many additional threads can be executed in real time or in user mode on the additional efficiency cores. What’s more, each individual core can be configured individually via the clock frequency.

The additional power supply integrated on the motherboard, which was developed and produced in-house in Verl, offers sufficient power reserves to fully utilize the available computing power of the processors. In terms of its size, the C6040 measures just 132 x 202 x 76 mm. The versatile new industrial PC is particularly suited to sophisticated axis controls, complex HMI applications, and applications with extremely short cycle times, as well as machine learning and machine vision applications. 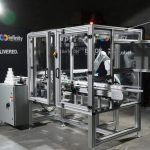 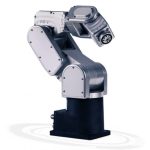