With an annual sales volume of more than 50 billion euros, industrial automation is one of the most important economic sectors in Germany. The world’s central trade fair platform for the industry is the SPS – Smart Production Solutions, organized by Mesago Messe Frankfurt. In view of its international success, the organizer will now also gain a foothold in the US market with this leading trade event. The SPS brand will be premiering in the region as the «Automation Sector powered by SPS» as part of IMTS 2024, before a stand-alone trade show is held in Atlanta in 2025.

As a supplement to the trade show in Nuremberg and its associated events in Italy and China, the new formats will further accelerate and facilitate the exchange of knowledge in the field of industrial automation between the economic regions of the USA and Europe. This is particularly relevant against the backdrop of the current challenges in the areas of supply chains, logistics, staff shortages and cost pressure, as this is also accompanied by an increased need for automation.

Since industrial automation had become increasingly important for the leading American trade fair for manufacturing technology, IMTS, in recent years, this subject will now be spotlighted in the «Automation Sector powered by SPS – Smart Production Solutions» as part of the event from 9 -14 September 2024 in Chicago. With its expertise, Mesago Messe Frankfurt is supporting the organizer AMT (Association For Manufacturing Technology) in the realization of this special showcase, which is intended to illustrate smart and digital automation solutions for industrial manufacturing.

In addition, given the rapid developments in automation technology, Mesago Messe Frankfurt’s U.S. sister company. Messe Frankfurt Inc., will hold an independent industry event in Atlanta every two years under the name «SPS – Smart Production Solutions,» the first event will be from 23 – 25 September 2025.

“Manufacturing in the Southeast region is flourishing and as one of the national leaders in advanced manufacturing, Georgia is the perfect backstory for an automation industry event in the U.S., stated Constantin von Vieregge, President and CEO, Messe Frankfurt, Inc. “Working in concert with AMT, GBM and our sister company, Mesago, the development of the SPS – Smart Production Solutions in Atlanta will cater to a multiplicity of sectors providing a platform to elevate the advancing technological innovations.”

«We are delighted to enter into this cooperation and offer the global automation industry a high-quality platform to intensify cross-border business relations,» commented Martin Roschkowski, President of Mesago Messe Frankfurt. «A fast exchange of knowledge is crucial in today’s world, and we are convinced that this new concept will meet the needs of the industry.» 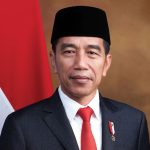 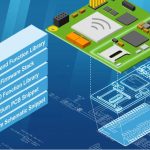