Industrial robots increase efficiency in manufacturing and logistics, but are too expensive for many companies. A cheaper self-construction was usually not an alternative because the programming knowledge was missing. This is no longer needed: With the new MRC01 controller from Oriental Motor, robots can be operated without any previous knowledge.

With the MRC01, even inexperienced operators can create a functional program for industrial robots within an hour. The controller was specifically designed for drives powered by Oriental Motor’s AZ Series engines. These closed-loop stepper motors enable battery-free absolute positioning, making them ideal for driving robot joints.

The control automatically takes care of complex kinematic calculations. This includes e.g. B. the teaching of the Tool Center Point (TCP), which is of central importance for the entire robot programming. Teaching the TCP allows the robot to move to the same position from different angles.

The MRC01 supports EtherNet/IP, so motion sequences for in-house robots can be created simply by transferring motion block data from a higher-level controller. The MRC01 is also equipped with 8 inputs and 8 outputs for direct I/O functions. Various control operations such as start/stop operation and peripheral device control can be easily performed. Various protective functions reduce the risk of unintentional movements, e.g. B. due to incorrect operation. In addition, the controller interrupts operation before the robot approaches a singularity during teaching and makes a dangerous movement. 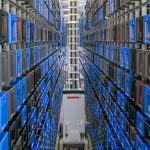 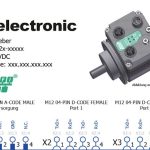 How safety gets into robots – Brakes from KEB Automation