A range of new features for ctrlX AUTOMATION and ctrlX World

Bosch Rexroth launched the ctrlX AUTOMATION platform in 2019, currently more than 300 companies are implementing the solution in their applications. Now the step has been taken from an open platform to an industrial ecosystem. Taken with the launch of ctrlX World in 2021. Significant enhancements to the solution were also made this year, and other enhancements are planned.

“Industrial automation is increasingly dominated by software. We therefore need automation solutions which are geared to increasingly digitalized industry. Among other things, they should support various programming languages, offer data transmission systems and allow IT and OT to be connected in a straightforward but secure manner. Nowadays, we know that ctrlX AUTOMATION meets the automation challenges not only in mechanical engineering but also in numerous other areas such as energy, mobility and building automation”, explained Steffen Winkler, Vice President Sales of the Automation & Electrification Solutions Business Unit at Bosch Rexroth.

Since it was launched, the solution from Bosch Rexroth has evolved from an open automation platform into an industrial ecosystem. The partner network is growing all the time, adding hardware to the ctrlX AUTOMATION ecosystem and an increasing number of apps which are available for downloading from the ctrlX Store. In 2021, Bosch Rexroth also significantly expanded the range of services for the automation platform. The increasing demand for its products means that the company is now investing in its electronics production facilities, warehousing systems and logistics.

In 2019, Bosch Rexroth presented the first version of the control platform ctrlX CORE. This version of the ctrlX CORE system can cope with approx. 70 % of all general automation applications. The control platform is now being expanded with new members and functions. Initially, these are configurable versions. They offer not only expanded interfaces but also the option to use on-board I/Os. In 2022, an extremely high-performance version will also be introduced. Through the use of the latest CPU technology, it will offer 7 to 8 times the performance of the previous ctrlX CORE. The ctrlX CORE portfolio is rounded off by an entry-level version with a reduced number of interfaces and options.

ctrlX I/O is a functionally enhanced version of ctrlX CORE and is used for a variety of purposes including horizontal and vertical integration. It offers comprehensive communication and performance enhancements as well as I/O modules geared to technologies of the future such as 5G, TSN and AI. “ctrlX I/O opens up new possibilities for users when it comes to connectivity and networking options. We are focusing particularly on co-creation. Accordingly, the ecosystem allows the integration of partner solutions. The first pilot customers with I/Os have already been validated,” explained Steffen Winkler.

With ctrlX WORKS, Bosch Rexroth makes it easy to create, provide and use functions. In addition to simplicity, the priority here is the rigorous use of web technology. With ctrlX WORKS, engineering can be carried out on ctrlX CORE via a web browser. A comprehensive portfolio of libraries and components for typical automation applications is also available.

In 2021, a wide range of new functions for even more efficient engineering processes were added. For example, ctrlX CORE can now handle docker images too. With the Software Development Kit (SDK) which is available to all developers on GitHub, users can now develop their own apps even more easily. A development environment for Python and Google Blockly which is integrated into ctrlX CORE is another highlight. As a result, users can now carry out development on the ctrlX CORE software.

Steffen Winkler said: “With the improvements made to ctrlX WORKS, we have once again reduced the engineering outlay, significantly increased the possibilities for users and raised virtual engineering to a new level.”

Services for the entire lifecycle

To ensure that users can solve their automation problems in the best way possible, Bosch Rexroth paid particular attention to accompanying services in 2021. With ctrlX SERVICES which was introduced last year and is being gradually expanded, users are offered support over the entire product lifecycle.

This year, the focus was on the ctrlX Store that was unveiled recently. Here, users can download numerous apps from Bosch Rexroth and third-party providers. The ctrlX Store offers online access to all available apps and libraries for creating applications. The ctrlX AUTOMATION ecosystem – and thus the scope of functions – can be expanded easily by downloading additional apps or integrating partner applications.

“Many new features and improvements are the result of close collaborations with our partners and users. Our development work is thus geared to their actual needs. Innovations also come through co-creation. This prompted our ctrlX developR Challenge which is starting now,” explained Jasmin Heim, a Marketing Manager within Bosch Rexroth’s Automation & Electrification Solutions Business Unit.

The ctrlX developR Challenge is an international idea and developer competition. The aim is to apply the ideas and requirements of software developers in a practical context. Jasmin Heim is encouraging people to take part: “Ambitious software developers are invited to realize their creative ideas with the help of the ctrlX CORE control platform. The application phase will run until the end of November. After that, the solution phase during which entrants can work on new projects together with mentors will begin. During the second quarter of 2022, the winners will be announced by a renowned jury during a pitch event. It will be interesting to see what innovations result – innovations which could be used in our automation platform later on.” 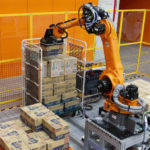 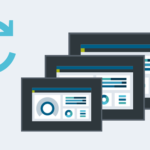